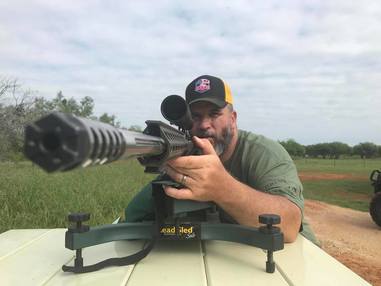 Steven Holden (Coyote Steve)   Director
1SG (Retired) Steven Holden grew up in the Midwest (Missouri) hunting and fishing his entire life.  With a huge background in country living, he is no stranger to marksmanship and the outdoors.  He enlisted in the United States Army when he was 17 years old and always knew that he would make a career in the military.  He has more than 35 months deployed on the War on Terror and two other 6 month tours deployed on NATO and United Nations Missions.   Steve is an avid hunter and offers over 30 years of experience in predator hunting and calling.   His passion and experience in hunting have brought him much success and he is extremely grateful to share his time and knowledge with anyone that he encounters.  He knows the tricks and trades of predator hunting and is an amazing predator caller.  When you hunt with Steve, you know that it'll be a day that is packed with non-stop action, and you're always going to get in some good trigger time.  He has devoted a lot of his time in teaching predator hunting to hundreds of people.   Steve is an outstanding shooter and has won many shooting tournaments and trophies.  His marksmanship is 2nd to none and he is always looking for the next hunting challenge.   Steve has recently been selected to star in the upcoming TV Reality Hunting Show named "The Calling" hosted by Ken Cobb's "Huntin The World".  This show will air starting in October 2014 on the TV Channel "Destination America".
​  ***UPDATE***   On the 6th of December 2014, Steve won the show "The Calling" and the title of "America's Favorite Hunter".  Steve lives in San Antonio, TX.    You can also catch Steve on the Outdoor Channel, Sportsman Channel, and Pursuit Channel on episodes of "Hunting The World Southern Style", "The Ultimate Hunt",  "Show of Support", "County Boys Outdoors", "Texas Boys Outdoors", "Decision Point Outdoors", "Buckmasters", "The Jackie Bushman Show", and "Just Kill'n Time". 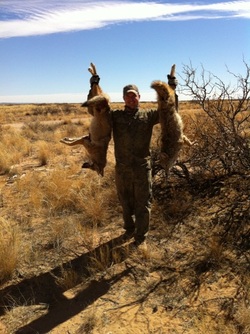 James Wagner (The Coyote Kid)  Director
SFC James Wagner is a country boy that grew up in the mountains of Northern California.  After enlisting in the U.S. Army in 2004, James spent two tours supporting Operation Iraqi Freedom for a total of 27 months.   He spent his time as a kid playing in the woods, and taught himself hunting and fishing.  He offers more than 18 years of experience in the field.  James is an amazing shot, and he has attended numerous sniper marksmanship courses through both the military and the civilian sector. He holds numerous long range marksmanship records, specifically the Ft Drum 1000 meter moving target tournament.  James is always willing to share his knowledge of marksmanship to improve any shooter.  He loves the outdoors and especially enjoys hunting the desert of West Texas and New Mexico.  He is up for any hunting challenge that there is to offer and will never turn down competition.  He offers over 15 years experience in predator hunting and continues to respect the outdoors.   James is located in Cibolo, Texas.

When Steve met James in El Paso, TX, their love for predator hunting amplified.  They feed off of each others energy, and they are always coming up with new ideas.  These two avid hunters will never turn down a chance to go out hunting, or to share their knowledge and techniques.    Steven and Jimmy are the founders of Veteran Predator Hunters and the original Prostaff Members. 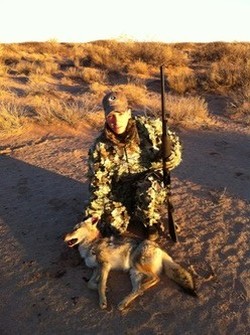 Gilberto (Tony) Roman
1SG Gilberto Roman grew up as an "Army brat", constantly moving from place to place. He never hunted before meeting Steve and James. His hunting skills come from what he learns from Team Veteran Predator Hunters and the experience he gains when he is with them. He never passes up an opportunity to hunt when available and is a quick learner. He deployed to support OEF and OIF. He enjoys firing his rifle and shotgun but has recently been introduced to bow hunting.  Tony PCS'd and is currently doing a tour in Korea. 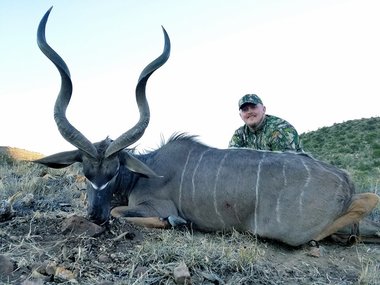 Robert Stitham
​SSG (Retired) Robert Stitham Sr. is originally from Bangor, Maine.  He moved all over the U.S. as a kid growing up due to being an Army brat.  He only hunted once or twice before meeting Steven Holden in San Antonio, and then he was HOOKED!!  Robert is a very impressive marksman and takes pride in ethically taking down predators and other game.  He deployed in support of OIF & OEF as an Infantryman and Artilleryman.  Robert was medically retired in 2013 and resides in the San Antonio, TX area. 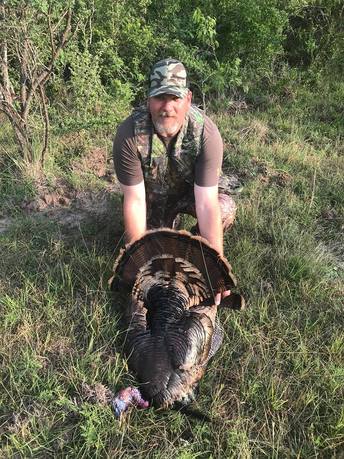 TSGT (Retired) Darren Moody was born in San Angelo, TX and lived on the coast in Crystal Beach before joining the Air Force.  During his time in the military, he deployed 5 separate times in support of OEF/OIF. He grew up hunting deer in West Texas along with duck and dove on the coast.   His love of fishing grew in the saltwater and the fresh water lakes in the state of Texas.   He also honed his hunting and fishing skills in the woods, and on the water in Arkansas and Alabama before retiring and moving back to Texas where he met Steven Holden and the VPH Team.  He loves learning more about the outdoors and giving back to those who love the outdoors.   Darren lives in Cibolo, TX. 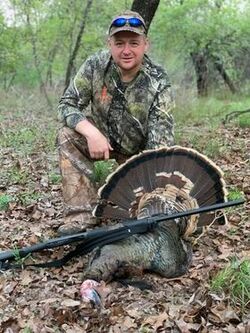 Dan grew up hunting and fishing in Michigan.  He is a Navy Veteran and was stationed in Alaska, England, and Maryland as active duty.  After the Navy, he continued traveling the world as a military spouse and spent time in Mississippi, Germany, Alaska again, and finally settled in Texas.  Dan met Darren Moody while playing in military softball tournaments in Germany and introduced him to Steven Holden when Darren retired in San Antonio, TX.   Dan didn't do as much hunting and fishing growing up, but after meeting Steven Holden and Jimmy Wagner he has been drawn back into it.  He now enjoys getting into the outdoors any chance he can, especially with his twin boys. 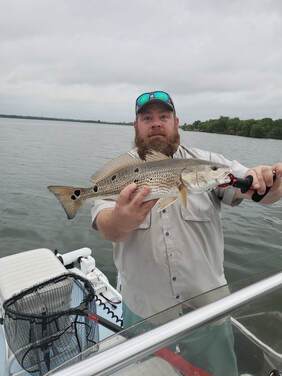 Jake Thurmond
Jake is such an amazing guy and a wonderful friend.   He has a huge passion for taking people fishing!   Jake is soon to get his Captain's License and going to start taking our Wounded and Disabled Warriors out fishing periodically.   We met Jake on a Wounded Warrior Event that ended up leading to an amazing friendship and it didn't take long from there to bring Jake onto our team.   Jake has fished most of his life and is very good at it.   He is an enormous asset to our team and has the biggest heart when it comes to giving back to our veterans!  Jake owns his own boat and loves to fish down on the coast and has recently gotten addicted to fishing right here in the San Antonio, TX area at Lake Calaveras.  It is a true blessing to have Jake on our fishing staff.  Jake lives in Cibolo, TX with wife and son.